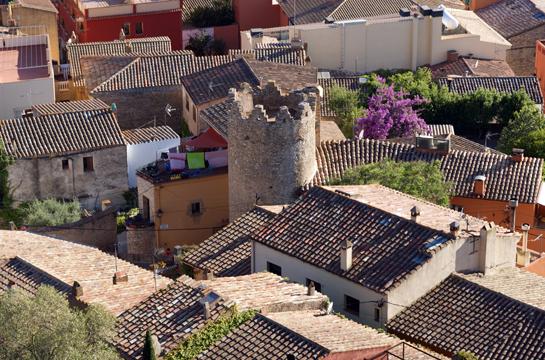 Begur is a town with a profound sense of history

Protected by the mediaeval castle, coral collectors, fishermen, returned colonists and cork makers have written the splendid pages of a history reflected on every street, in every house and corner of the town.

The most famous image of Begur is undoubtedly the mediaeval castle that overlooks the town, although there are plenty of other places of interest to visit, such as the numerous "Indies" houses (built in the colonial style by townsfolk who emigrated to the Americas in the 19th century, fleeing the economic crisis of the era, and subsequently returned from the colonies with a considerable fortune), the 16th-century defensive towers (a legacy of the period when pirates sailed the Mediterranean, built by the people of Begur to protect themselves against attack), the church (built in the Gothic style and dedicated to St Peter), as well as such other historic buildings as the Cultural Centre and the Old School.